What Are My Rights During A DWI Traffic Stop? 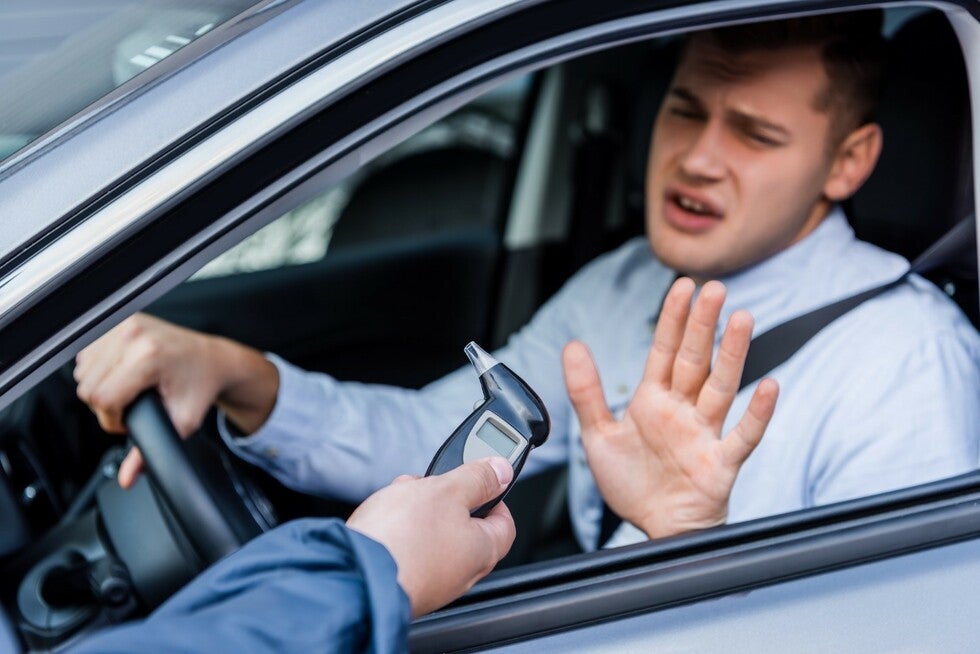 If it is a No-Refusal Weekend, learn more about your rights during a DWI traffic stop.

In Texas, driving while intoxicated (DWI) is a serious offense that comes with harsh potential consequences, including fines, jail time, and driver's license suspension. During a traffic stop, a police officer who suspects that a driver may be intoxicated might try to coerce the driver into admitting that he or she has been drinking. However, every driver has certain constitutional rights during a DWI traffic stop, including the right to remain silent and the right to refuse a vehicle search. By understanding these rights, drivers can protect themselves from unknowingly providing evidence that can be used against them in a DWI charge. If you believe your rights were violated during a DWI traffic stop or if you are facing a DWI charge in Texas, consider contacting a skilled criminal defense attorney at Jason S. English Law, PLLC, by calling (512) 454-7548 to schedule a free consultation.

Definition of Driving While Intoxicated (DWI)

Under Texas Penal Code Title 10, Chapter 49, operating a motor vehicle in a public place while intoxicated is an offense. A person is considered to be intoxicated if he or she has a blood alcohol concentration of at least 0.08 or if the person has inadequate use of his or her normal mental or physical abilities because of the consumption of alcohol or drugs.

Reasons a Driver May Be Stopped

According to the Texas Department of State Health Services, 2.2 percent of adults in Texas report driving after drinking too much, compared to 1.7 percent nationally. However, a police officer is not allowed to stop a vehicle without a reason. The officer must have “reasonable suspicion” to stop a driver and “probable cause” to make an arrest.

Probable cause is a higher legal standard of proof than reasonable suspicion that requires a police officer to obtain either test results or physical evidence to justify an arrest. For example, if an officer pulls a driver over for swerving, the officer may have a suspicion that the driver is intoxicated. However, this traffic violation does not provide probable cause for an arrest. To arrest the driver, the officer would need to administer a test to determine if the driver is intoxicated or find evidence in the vehicle that indicates that the driver must be intoxicated.

If a police officer is found to have pulled a driver over without reasonable suspicion or to have arrested a driver without probable cause, this is considered a violation of the driver's rights. This finding can provide grounds for suppressing all evidence that was collected during the traffic stop, including test results and physical evidence. The DWI charge may even be dismissed. If you believe that a law enforcement officer violated your rights during a DWI traffic stop or arrested you without probable cause, a knowledgeable attorney at Jason S. English Law, PLLC, may be able to help.

Should You Tell an Officer You Have Been Drinking?

A police officer will look for signs of intoxication while talking to a driver, including the smell of alcohol, slurred speech, or red eyes. The officer will also likely ask questions about where the driver is coming from to assess the possibility that he or she may be driving after drinking. The driver, however, has the right to remain silent and not answer any questions from the police officer during a traffic stop without his or her lawyer present. While it is important to be polite and respectful, drivers should not provide any information about whether they have been drinking or how much alcohol they have consumed. Doing so may give the officer probable cause to test for intoxication or to arrest the driver. Being aware of this right can prevent drivers from unintentionally incriminating themselves during a traffic stop.

An exception to the right to remain silent is related to questions about the driver's identification. Under Texas Penal Code 8.38.02, a driver who has been arrested is required to provide his or her name, address, and date of birth when requested to do so by the arresting officer.

What Are My Rights When I Get Pulled Over in Texas?

In addition to the right to remain silent, Texas drivers have the following rights:

The Right To Refuse Field or Chemical Tests

If a police officer suspects that a driver is intoxicated, the officer will request that the driver submit to a field sobriety test or chemical test involving a breath, urine, or blood sample to determine his or her alcohol levels. Although an officer may imply that submitting to a test is required by law, a driver has the right to refuse any or all of these tests during a traffic stop.

Refusing a test has consequences, including automatic suspension of the driver's license for 180 days. This suspension period is extended for drivers with previous DWI convictions or refusals. Refusal to test also might be used as evidence of guilt when the DWI charge is taken to court. Texas law does allow for mandatory blood draws in cases where an accident involved serious injury or death to another person. Drivers with previous felony DWI convictions or a conviction for intoxication assault or manslaughter are also subject to mandatory blood draws.

The Right To Refuse a Vehicle Search

Every driver is entitled to certain constitutional rights during a DWI traffic stop. If your rights were violated by a police officer, it may be possible to have the charges reduced or even dismissed. Consider contacting an experienced criminal defense attorney at Jason S. English Law, PLLC, by calling (512) 454-7548 to learn more about your legal rights during a DWI traffic stop.